It’s been a long while since I wrote a blog post, apologies for my disappearance. It’s been an exciting few months, rather mad and hectic but all in a good way.  In the middle of last year my boyfriend (The Woodfashioner) and I came to the decision to leave London, not a decision taken lightly and one mixed with lots of apprehensions along the lines of…. ‘how will we survive without the bright lights and the hustle and bustle?’ ‘will life without our beloved London be too quiet and unsatisfying?’ But when faced with the prospect of being able to buy our own home (by the sea no less), an impossible scenario for us in London despite being on relatively good wages and having saved a fairly decent deposit (thanks to The Woodfashioner’s Mum putting up with us under her roof for the last two years), the apprehensions soon began to wane.

Lots of research went into possible areas, combined with lots of day trips, finally we came upon Harwich. An Essex town, known for its international port with the ferry to The Hook of Holland. It’s a town full of character with beautiful Historic Harwich one way and your classic English high street in Dovercourt the other, whilst being surrounded be sea, for us it seemed like it had it all on first glance. But despite this the worries were still there, mainly being that it would be too quiet after a London life, but it soon became apparent that maybe the slower pace of life with fresh sea air and friendly people might not be such a bad thing and actually one that we may possibly really relish. So just putting the worries down to the big changes that were on the horizon, we cracked on, and after a few months of looking and a few heartbreaks we finally found our dream home, ticking all the boxes. It was by no means ready to go, but we could see the potential and we wanted somewhere we could put our own stamp on, owned by a lovely man for over 50 years it had been truly loved and we know we are going to love it just as much.

A little glimpse at where to find Harwich…

On the 23rd December we very excitingly got the nod, the house was finally ours, definitely goes down as the best Christmas present ever!

Our new road, new keys and some very excited faces…

Our walk to our lovely local pub The Alma….

This was it we were taking the plunge!

The life change also came with other big decisions, I had a full time job in London where I was Head of Locations at a location agency, finding locations for photographic and film shoots, where I had been for 6 years. Alongside this, as you know, I have been a vintage dealer working at markets at the weekends and trying to build an online presence, the dream has always been to do this full time, but the courage to do so is another thing. With this embarkment on a new life the courage came and finally I have taken the plunge, more about this is my next post on our new life by the sea. The Woodfashioner has been running his own business for the last few years but always based in London so another big decision for him, but one he has relished and now he is kitted out with his own new workshop, all to himself, unlike London where this was impossible due to the ludicrous rents.

The Woodfashioner contemplating our new life ahead….

It’s not been without its challenges which we are still discovering but so far we couldn’t be happier, life is relaxed, people have time for you, we get to see the sea everyday and I get my fix of London a couple of times a week with Spitalfields and Covent Garden Market. More to follow on the trials and tribulations of a London escape artist but for now a glimpse of Old Harwich…

4 thoughts on “TAKING THE PLUNGE – THE LONDON ESCAPE ARTIST” 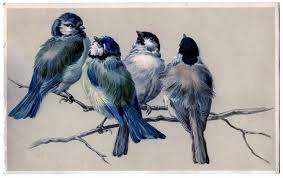 Inspiring Thought Of The Week Scattering postcards in memory of lost loved ones, asking the finder to get in touch. Paris, NYC & beyond.

The Home Scrapbook is written by Hannah Browne and is a collection of ideas, projects and products relating to the home and garden.

Behind the seams at Midnight Costume Services!

Fashion, Beauty and Lifestyle with a Vintage Twist

Vintage On The Bay

Blog about life,fashion and happines ;)

We love everything Interior Design, Fashion and Family. If you do too, come on by!